The MEDEA Awards were launched in November 2007. In its first year the MEDEA Secretariat received over 100 high-quality submissions from 25 different countries. All entries were judged by a team of expert jury members. Commenting at the end of October 2008, the Chairperson of the MEDEA Awards Organising Committee stated: “We are delighted with the results of this first year’s competition. The six winning finalists represent a very broad range of organisations actively using media in education and they all show a degree of excellence that is truly worth rewarding. The range of media used and the diversity of applications show just how much media and video in particular are being used increasingly to support education and training worldwide. And therefore we are looking forward to an even more exciting competition in 2009”.

The 6 finalists for the 2008 MEDEA Awards were announced at the end of October 2008 and invited to present their entries during a special session at the ONLINE EDUCA BERLIN (OEB) Conference in December. All finalists were celebrated and rewarded as MEDEA Award winners during the MEDEA Awards Ceremony on December 4th 2008.

More about the 2008 Award winning submissions by the 6 winners: the overall MEDEA Award 2008 winning multimedia production “Rättegångsskolan på webben/Court introduction” by the Brottsoffermyndigheten Crime Victim Compensation and Support Authority (Sweden). The MEDEA Special Award 2008 was awarded to the project “Anti-Anti” by Sint-Lievenscollege Gent (Belgium) and the other finalists were “ArtisanCam” by Artistsatwork.org (UK), “Canal Educatif”(France), “Patient Safety – Mildred’s Story” by University of Leicester (UK) and “Pronunciation Tips” by BBC Learning English (UK).

All finalists received prizes of hard and software generously supplied by Apple Europe and Adobe. 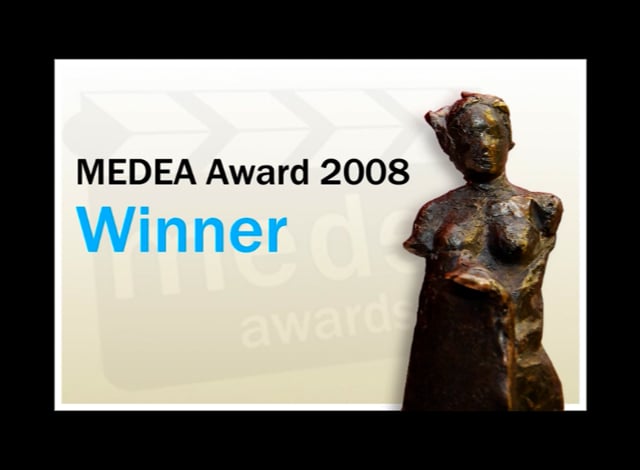