In 2009 the competition attracted 254 online submissions from 38 countries which was a significant increase. A jury of 77 education and media experts from 27 countries assessed the MEDEA entries in October and selected 8 finalists who presented their entry in Berlin on 4 December 2009, right before the MEDEA Awards Ceremony 2009.

The overall winner of the MEDEA Awards 2009 was announced by Maruja Gutierrez-Diaz, Advisor to the Director of the Lifelong Learning Programme, European Commission on 4 December during a well-attended reception in Berlin. It is Know IT All for Primary Schools by Childnet International (UK), which was represented at the prize-giving ceremony by Lucinda Fell, Policy and Communications Manager, who graciously accepted the bronze MEDEA statuette as well as hardware and software sponsored by Avid and Adobe.

In addition to the overall winner, the MEDEA Award for Creativity and Innovation 2009 was won by Daisy and Drago by Terakki Foundation Schools (Turkey) represented at the awards by Özge Karaoğlu. Traditions Across Europe by Istituto Comprensivo “Don Bosco” (Italy), represented at the awards by Gina Mango won the MEDEA European Collaboration Award 2009 and a special jury prize was given to Eyes on the Skies by European Southern Observatory (ESO) (Germany), represented by Lars Lindberg Christensen, in recognition for what the judges described as “a superb example of the value high quality video imagery can bring to an educational production”. These 4 winners and our 4 other finalists all received prizes sponsored by Adobe and AVID. 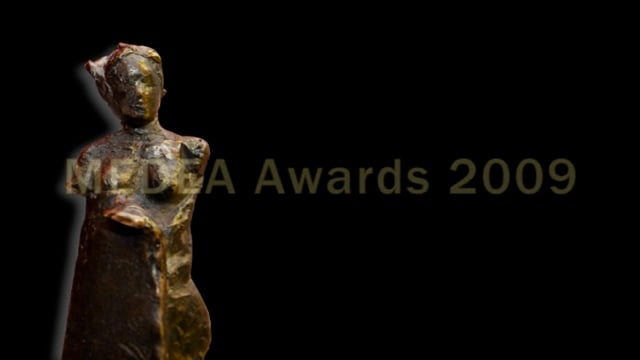