In 2017 the MEDEA Professional Production Award went to Écoute cette histoire produced by TV5 Québec in Canada. The overall prize for the MEDEA User-Generated Award went to Somme Tales submitted by The National Archives, UK. The winners were announced during a virtual MEDEA Awards event which was streamed on the MEDEA Awards website on 19 April 2017. The two winners received their awards during the MEDEA Awards Ceremony which took place on 14-15 June 2018 as part of the Media & Learning Conference 2018 in STUK in Leuven, Belgium organised by LIMEL, KU Leuven and the Media & Learning Association.

Écoute cette histoire is an attractive TV series aimed at secondary-level learners (aged 15 or more) and intermediate/advance-level adults in a variety of ‘French as a second language’ programmes. Using their talents for narration, an actress and a storyteller bring an oral dimension to 6 carefully selected texts of French-Canadian literature, while animated illustrations mark the highlights. According to the MEDEA judging panel, this use of storytelling in language learning is very compelling: the video stories are of high quality, presented in clear language, with a mixture of narration and cartoons. Both teacher and pupil activities around the stories are of high quality and go into various aspects of language learning.

Somme Tales is the outcome of a project developed to engage young people (aged 16-19) with records relating the First World War. The resulting film was researched, planned, created and filmed over five days by a group of nine committed young people, who wanted to convey their response and interpretation of these documents and the conflict. The MEDEA judges appreciated the huge didactical value of the project, its subject and content, but also the whole process of the creation of the video. It’s not only a history lesson, but an inspiring encounter with film-making, archival work and multimedia storytelling. The learning objectives are clear and realistic, while being engaging for the target group

In addition to the two main awards, a Special Jury Prize was given to In my own view by Karpos (Greece). This entry is an interactive virtual festival platform which actualises the programme VideoMuseums (running since 2012) involving students aged 11-17 helping them enhance their skills related to media and learning within a school environment. About the platform, the MEDEA jury said that it provides a very valuable tool to encourage the development of critical thinking about film production and socio-ethical issues facing young people. The topics are presented through the eyes of the children which is very important. This project uses a step-by-step methodology to make students critical viewers and generally critical absorbers of information. Students discuss in groups and express their views about their peers’ videos, in that way they develop both critical thinking and collaborative skills. 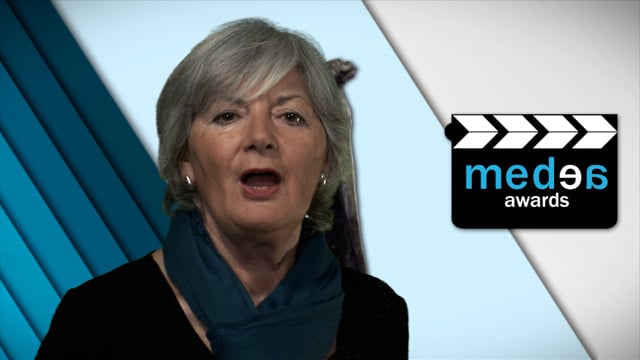