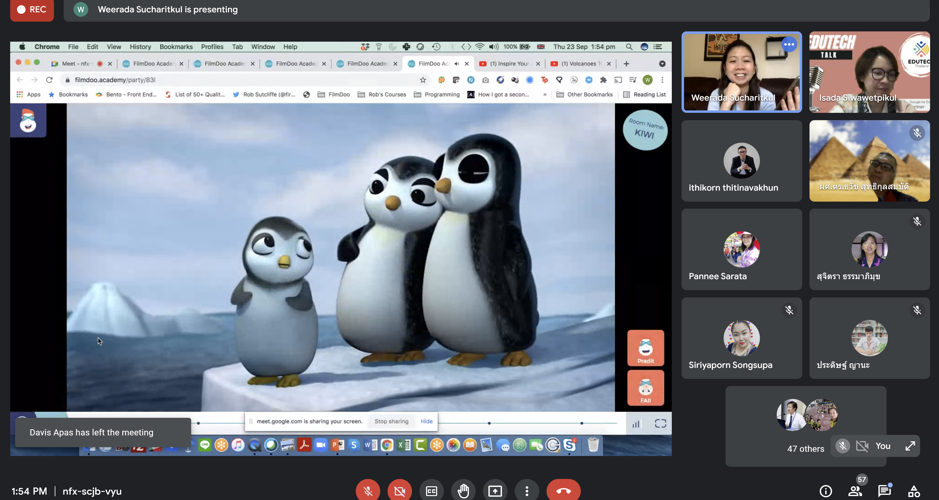 In a digital age where the average Gen Z spends at least four hours a day watching online content, traditional teaching methods often struggle to keep these students engaged and are no longer as effective.  FilmDoo Academy was first launched in 2020, with a mission to leverage the power of films & video to boost learning engagement and transform learning outcomes.  FilmDoo Academy’s platform allows teachers and educational institutions to turn any film and video into an interactive game and lesson in just a few simple steps.

From March 2021 to July 2021, the Media & Learning Association (MLA) in Belgium partnered with the edutainment company FilmDoo to conduct a pilot study into their newly launched edtech tool and the platform FilmDoo Academy.  The pilot research study was moderated by Julia Schieber from Friedrich-Alexander-Universität Erlangen-Nürnberg (FAU) and was funded by the Creative Europe Media Programme. The data was collected from a focus group of 10 anonymous participants with teaching backgrounds across higher education, teacher training and language teaching, and included conducting individual interviews and a questionnaire. Throughout the pilot, the participants were contacted at three different points in time and were asked about their expectations, experiences, and potential wishes for improvement of the FilmDoo Academy platform.

The study found that improvement of motivation and concentration among students as well as the possibility of offering low threshold learning opportunities were the main benefits of the FilmDoo Academy film- and video-based learning platform that were acknowledged by the participants.  Other positive platform characteristics that were brought up include:

The possibilities to combine learning analytics and to integrate with other platforms such as YouTube and Kahoot were some of the other features that were also cherished by the participants.  Moreover, other key insights revealed that the edtech platform was often used for active listening exercises to motivate and entertain the students. One of the participants in the study said: “Nice activity to start class activity as a motivation exercise or as the closing of the lesson, or at the end of the week, as an “entertainment” or “edutainment activity”.

Some teachers stated that the use of FilmDoo Academy would be specifically suitable for primary schools’ students and/or pupils learning a new language.

Nonetheless, FilmDoo Academy is currently only at an early stage of development, having first launched as a film streaming platform and subsequently expanded into online learning. Our next step would include further developments as revealed by the insights of the MLA pilot study.  Some interesting guidance for future development offered by the participants included further refinements on the categorisation and search function – such as the option to filter for age group, relevant school topics, and students’ proficiency in various subjects. Other participants also had views on how some of the learning activities and functionalities of FilmDoo Academy could be further enhanced. For instance, enabling the students to upload self-made videos and allowing teachers to test students’ knowledge in multiple ways rather than solely through multiple-choice questions could be interesting.

To summarise, participants from this pilot study had an overall positive attitude towards FilmDoo Academy’s new edtech tool and edutainment platform and saw the value and potential in the company’s vision of creating an alternative way of learning and teaching in a fun and easy way using film- and video-based learning.

Want to find out more?  Get in touch with FilmDoo Academy to see how we can assist you by bringing exciting film- and video-based learning to your institution.  We will also continue to talk to more educational institutions that would love to be part of our future trial and pilot programmes to give us feedback on new developments.  Again, please do not hesitate to get in touch and drop us an email at:  info@filmdoo.academy 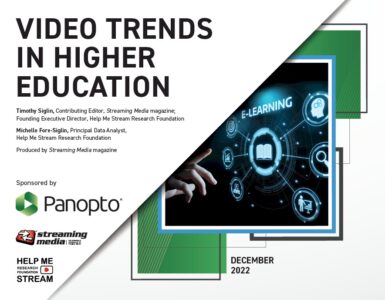