The high prevalence of bullying in nursing education is well documented globally. As a student-faculty partnered team in a university school of nursing on the West coast of Canada, we have been using arts-based pedagogy (collectively known as The CRAB Project) to address the issue, and to support students to manage bullying if they witness or experience it during their program of study.

To this end, we created a policy-style set of procedures, used interactive Forum Theatre in curricula, designed a graphic novella, and developed a series of ‘choose-your-own adventure’ style video vignettes. The latter were developed by a ‘writer’s room” of nurses at various stages of their careers, and filmed with professional actors during COVID19. They depict a bullying interaction between a newly graduated registered nurse (RN) and an experienced nurse. It was critical to the project that all the responsibility for change did not fall solely on the ‘target’ of bullying, so we used the vignettes to highlight the additional roles of a witness, an individual engaged in bullying, and a nurse leader who receives a complaint about the situation. One of our goals in the vignettes was to highlight the notion that bullying is more than an interpersonal issue, it is also an issue at the level of organizations and systems.

Our student-faculty partnered team collaborated with colleagues from the Department of Theatre and Film, as well as colleagues from UBC Studios, the internal media production unit at our university. These collaborations were extremely important because our expertise across the nursing team was limited to content and context. Our colleagues from the Theatre and Film department and UBC Studios were able to expertly fill the gaps by supporting the actors, directing the videos, filming and editing the scenes, and polishing the final product.

It was an unexpected and wonderful privilege to receive the 2021 Jury prize from the MEDEA Awards for the video vignettes. Thank you so much to all involved. 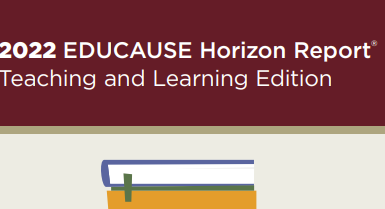 This report profiles the trends and key technologies and practices shaping the future of teaching and learning, and envisions a number of scenarios and implications for that future. It is based on the perspectives and...

An SLR Film Camera in your iPhone

Immersive learning not without its challenges according to EdTech

Find out more about education in Finland