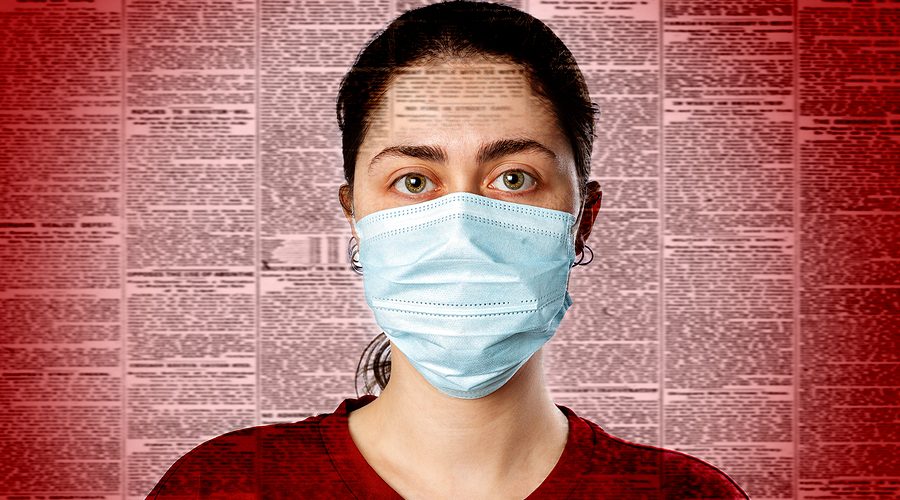 It’s possible you know someone who has received the coronavirus vaccine, and it’s possible that you don’t. Depending on the country you live in, you might be more likely to encounter many different types of vaccine propaganda long before you get the shot in the arm.

But if you’re attentive, you may have noticed a shift in who’s delivering vaccine propaganda. In 2020, the antivaxxers were busy casting a shadow on vaccination as a public health intervention. But now we are now seeing a range of government-sponsored vaccine propaganda all around the world. Governments are using a time-honored propaganda technique that has demonstrated its effectiveness for more than 50 years: the photo opportunity.

Government officials around the world are using simple language to create straightforward messages that urge people to get vaccinated. In Arizona, Governor Doug Ducey stands in front of a camera and says, “Remember: It’s safe, it’s effective, and it’s our best shot at returning to normal.”

Such messages rely on the rhetorical concept of ethos by presenting an attractive character who delivers a persuasive message. If you like the person who delivers the message, you will be more likely to accept it – and act on it.

The ancient Greeks told us that effective persuasion could be beneficial or harmful. They reognised that authors included three key strategies: activating strong feelings (pathos), expressing the character and reputation of the speaker (ethos), and using facts, arguments, evidence, and reasoning (logos).

The use of ethos is a powerful strategy for winning hearts and minds. That’s the reason why so many political leaders and celebrities all got their pictures taken while receiving their vaccinations. In late January, UN Secretary-General António Guterres received his first dose of the COVID-19 vaccine. But the photo of the event does not merely record what happened: the event itself has been constructed as a type of propaganda that is carefully designed to inspire and influence others.

Photo opportunities of politicians and celebrities getting the vaccine are a very cost-effective form of beneficial propaganda and they can have a real impact on public opinion and behaviour. Instead of paying for advertising time, a photo opportunity relies on public relations to compel public attention.

Photo opportunities began to be used widely after World War II and they were originally known by the term “pseudo-events.” The term was first used by Daniel Boorstin in his 1961 book, The Image: A Guide to Pseudo-Events in America. Later scholars like Jean Baudrillard expanded on the unreality of such types of ceremonial and dramatic events that center on a single personality or small group. Pseudo-events function to inspire people and influence their behaviour.

For this reason, it was quite surprising that Vladimir Putin did not get photographed when he received his vaccination. Ordinarily, he’s quite fond of the spotlight and enjoys being portrayed in manly-man activities like horseback riding and posing with tigers. The Kremlin did not release photos or video of him getting the vaccine. They did not reveal which of the three Russian-made vaccines Putin received.

All this secrecy concerning Putin’s vaccination inspired his critics to speculate on the reasons why. Some thought that perhaps he simply does not want to appear physically weak, receiving a medicine like a patient. Or perhaps he didn’t want the public to think that one of the Russian brands is superior to the others.

But others had darker thoughts. Taking the opportunity to attack, one of Putin’s critics even suggested that Putin took an American-made vaccine, not a Russian-made one.

For Russians already suspicious of immunization, the secrecy and the speculation has intensified vaccine anxieties in ways that will prolong the coronavirus epidemic worldwide. One poll found that 62% of Russians were not willing to receive the Sputnik V vaccine, the first Russian-made coronavirus vaccine offered to the public. When asked why Putin wouldn’t get vaccinated on camera, Kremlin spokesman Dmitry Peskov said: “He doesn’t like that.” Instead, the Kremlin featured photos and videos of Putin driving an all-terrain vehicle through a Siberian forest.

Seeing a politician vaccinated builds your confidence: If they can do it, you can, too. Not seeing a politician get a vaccine can have the opposite effect. Putin has long understood the power of discord as a strategy to gain power. As Masha Gessen writes in her book, Surviving Autocracy, autocrats thrive on distrust, fear, and suspicion. Millions of people who now find their health and their future being shaped by the urges, fears, and decisions of one man must reflect on the decision of their political leader who has chosen not to use the power of beneficial propaganda.

Renee Hobbs is the author of Mind Over Media: Propaganda Education for a Digital Age (W.W. Norton), which was awarded the 2021 PROSE Award for Excellence in Social Sciences by the American Association of Publishers.