SMILES is an international project where six organisations from three countries are collaborating to develop and test innovative approaches to combating the spread of fake news. The project is led by KB, the National Library of the Netherlands and the other partners are the Institute of Sound and Vision and The Hague University of Applied Sciences from the Netherlands, Fundación Goteo/Platoniq from Spain, and Public Libraries 2030 and the Media and Learning Association both of whom will focus on the situation in Belgium.

In this article I would like to report on the main results from the baseline study that was carried out in recent months regarding the spread of disinformation in Belgium, the Netherlands and Spain, and existing measures and interventions that have taken place in those countries in combating such disinformation. Detailed reports for each country can be found on the project website.

According to the researchers from Belgium and the Netherlands, the spread of disinformation in their countries was limited at the start of 2020. Public trust in the media was rather high until then. Nevertheless, their governments were still concerned about threats from disinformation due to the growing number of citizens who prefer to get their news information only from free and easily accessible social media. This situation changed since the outbreak of COVID-19. The pandemic generated an overabundance of information on the internet and in social media channels including inaccurate information whose main purpose is to disrupt society and to undermine confidence in politics (for instance conspiracy theories and calls to refuse vaccinations).

The situation in Spain is, according to the Spanish researchers, a bit different. They portray Spain as a nation with a high vulnerability to disinformation, due to its tradition of political polarization, the lack of credibility of public institutions and the media among citizens and a rather high number of journalism-avoidant internet users. The COVID-19 pandemic has exacerbated this. The researchers report that Spanish citizens admit that they have received false or questionable news about the pandemic on social media and messaging apps. Those hoaxes are related to health issues as well as to politics. Less educated people are supposed to be more vulnerable to this disinformation than well educated people who rely more on mainstream media.

For all three countries, the primary strategy to combat the spread of disinformation is the implementation of educational programs and citizen training, which are often supported by the various governments. The SMILES project is indeed in line with this approach.
Fact-checking – a specific type of journalism – is a secondary type of intervention while deleting messages and prohibiting access are not preferred due to considerations related to freedom of speech.

Most educational interventions that have taken place have been in schools. However, particularly in the Dutch country report, the research team report a lack of policy and continuity. Up to now in the Netherlands, interventions have largely depended on the individual initiative of schools or teachers. Train-the-trainer activities are largely missing in the Netherlands which is somewhat remarkable given their occurrence in Spain and Belgium.

If we take a look at the educational approaches, it is worth pointing out that some of the more recently developed educational interventions use the principle of prebunking, which means that participants are pre-emptively confronted with small doses of disinformation to make them resilient. This principle is applied in various forms of active learning (games, quizzes, escape rooms). According to participants in the SMILES baseline study, it is important that the intervention(s) that will be developed later in the project combine such active learning activities with the acquisition of knowledge about how and why disinformation is created and what the effects of fake news consumption may be in the long run.

Other conclusions that have been drawn from the baseline study are that it should be possible to integrate interventions in existing school subjects like history, language and literature or social studies, and that it is important to measure the effectiveness of such interventions. Experts who are consulted by the Dutch researchers warn not to wait to approach the subject until there has been a negative experience in the classroom but to address youngsters positively and ensure there are close connections with their everyday pleasant experiences with for instance music and videos. 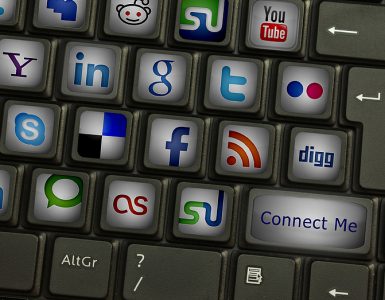 SMaRT-EU short course on disinformation available for all 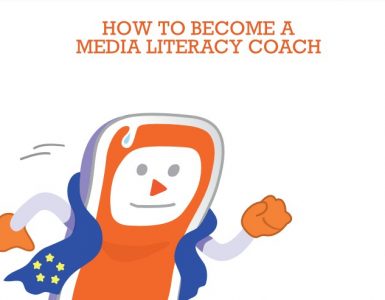 Paolo Celot from EAVI is the editor of the new Media Coach book which is aimed at anyone interested in training in media literacy. It provides first the theoretical basis of media literacy and then the suggested... 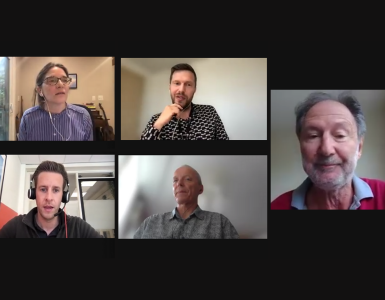 The EU Directive on Accessibility came into operation in September 2020 requiring public institutions to make their online content accessible which incudes the provision of accurate captioning. During the recent seminar...

Finalists for the MEDEA Awards 2021 announced

SMaRT-EU short course on disinformation available for all

Education at a Glance 2021 – OECD’s latest set of indicators