In 2013 the competition attracted 342 entries from 37 countries. Those entering could choose between submitting their entry as a production made by a professional company or semi-professional production unit or as one made by individual teachers, students, learners, parents, professors, supporting staff or institutions in all educational levels or training centres. The finalists were chosen by a jury made up of 118 education and media experts from 28 countries who evaluated the MEDEA entries in late September and early October. Presentations by all 9 finalists were given during the Media & Learning Conference 2013 which attracted 282 participants from 41 countries and which provided an important context for this year’s MEDEA Awards. The conference agenda furthermore included workshops led by previous finalists of the MEDEA Awards.

French entry Dans les murs de la Casbah won the MEDEA Professional Production Award and Spanish entry Film English won the MEDEA User-Generated Award. This announcement was made during the MEDEA Awards Ceremony which took place on 12 December 2013 as part of the Media & Learning Conference in the Flemish Ministry of Education and Training in Brussels.

Dans les murs de la Casbah was represented during the Awards by Céline Dréan. It is a visually rich web documentary which offers a new and interactive exploration of the legendary Casbah district of Algiers. It builds on university research carried out in Rennes and Algeria into urban sociolinguistics, a discipline that studies the relationship between space and language. It is made available to students as an open and freely available resource.

Film English was represented during the Awards by Kieran Donaghy who is the driving force behind this entry. This highly engaging language learning resource website uses short films critically and creatively to not only support language teaching but also to promote Film Literacy – the ability to analyse and interpret moving images – in the language classroom. The website contains over 90 lesson plans for teachers designed around moving images, especially short films, and it is highly practical colourful, fun and meticulously organised.

Speaking at the Awards ceremony, Mathy Vanbuel, Chairperson of the MEDEA Awards Judging Committee referred to the fact that music figured in many different ways in the entries of this year, sometimes as a subject matter, at other times as a means to learn other subjects such as language or even maths. Other striking trends this year are the success of very high quality web documentaries and the return of radio
or audio blogging for education. It was very satisfying for the judges in general to see how the overall quality of the entries has increased.

This year the European Collaboration Award was given to The Young Musicians of CuxAire made by Amandus-Abendroth-Gymnasium, Germany and Titus Salt School, UK and represented at the Awards by Rachel Wilson. The young Musicians of CuxAire is a collaboratively made film that builds on the cultures, resources and imaginations of both schools. The students and teachers involved worked closely together to create not only the film but also the music for this entry. The prize for Educational Media Encouraging Citizenship, set up to coincide with the European Year of the same name was won by El Viaje Inesperado submitted by Escuela de Radio TEA FM from Spain and represented at the Awards by Chuse Fernandez. El Viaje Inesperado is a radio drama written and performed by members of a Spanish group working to ensure that aging adults with intellectual limitations are engaged as actively as possible in society.

Two additional awards were announced, the first, the Special Jury Prize was given to WahaTv made by the Athénée Léonie de Waha, Belgium and represented at the awards by Emmanuel Chapeau, Athénée Léonie de Waha and Thomas Jungblut, CAV Liège, Belgium in recognition of the quality and value of this highly engaging webTV school service. A second prize for the audience favourite was given to the highly popular Deutsche lernen mit Musik submitted by Deutsche Welle, German and represented at the awards by Shirin Kasraeian-Moghaddam. 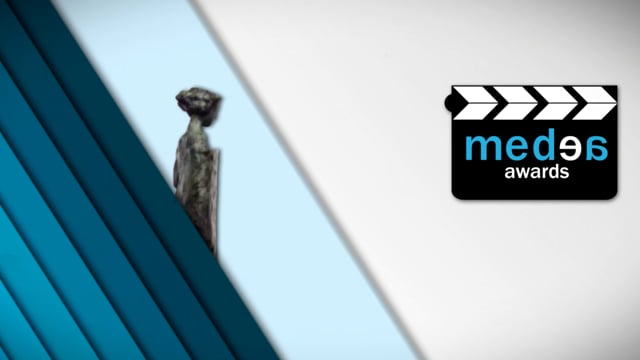