This webinar is one in a series of monthly webinars organised by the Media & Learning Association (MLA) and Nordicom which aims to support the growing number of organisations and individuals keen to help young people become more media literate.

These webinars are open to anyone interested in the topic of media literacy including researchers, practitioners and policy makers.

Spotlight on projects and media literacy initiatives in France: 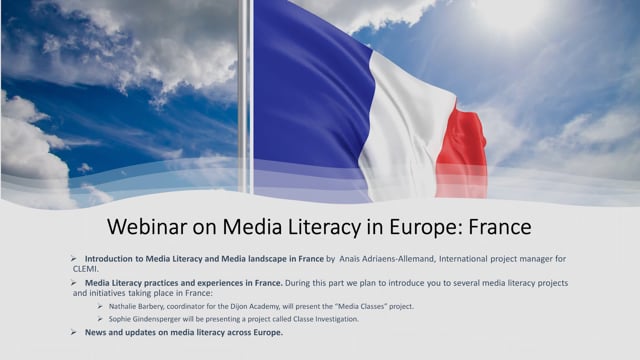