The Media Literacy Coalition (MLC) was created in 2017 as a non-formal association of organisations working in the field of education, media and civic engagement in Bulgaria. It has the status of a non-profit legal entity under Bulgarian law and in addition to organisations, it has individual members. The legal status of the Coalition makes it eligible for applying to different funding organisations on a project-based principle. That allowed for the implementation of almost a dozen projects in the last 4 years through small grant funding programs that resulted in the production of various campaigns and resources: video lessons and interactive lessons, handbooks and posters, analytical reports, the development of methodology for measuring the acquisition of media literacy skills of high-school students, conducting surveys, competitions and hackathons, etc. Still, a lot of the necessary work for the establishment of the Coalition as a leading actor in the field of media literacy in Bulgaria[1], the maintenance of its media channels, the creation and adaptation of useful resources is carried out on a voluntary basis.

The Coalition’s mission is to promote and support the incorporation of media literacy in the entire educational process and lifelong learning. The MLC also provides space for practitioners to exchange best practices and a platform to coordinate the different media literacy projects and initiatives in Bulgaria. In 2021 and 2022 the main focus of the organisation shifted from increasing awareness and producing resources towards the development and implementation of training programs for different groups – the elderly, employees of community centres, libraries and municipal administrations, teachers, new ML trainers. The “Lachezar Tsotsorkov” Foundation – a private entity which supports the introduction of new programs increasing the pedagogical capacity of teachers, corresponding to the social problems and technological needs of the 21st century, is the main partner and sole funder of most of these programs.

The Media Literacy Index was also launched in 2017 in response to the spread of misinformation and the phenomenon of “post-truth”. The index is composite of its nature and it measures the potential for resilience to these phenomena and the ability to mitigate their effects in a number of European countries. The yearly reports are produced by the European Policy Initiative (EuPI) of the Open Society Institute – Sofia and ranks 35 countries in Europe – the 27 EU countries, the UK, Iceland, Serbia, North Macedonia, Bosnia and Herzegovina, Albania, Montenegro and Turkey. In its first edition – from 2017 – the research shows that Finland, the Netherlands, Denmark, Estonia, and Ireland have the highest potential for resilience to the impact of fake news due to the quality of education, free media and high trust among people. At the other extreme are the Balkan countries, which would be more vulnerable to the negative influence of fake news and the “post-truth” phenomenon mainly because of controlled media, deficiencies in education and the low level of trust among people. Bulgaria is the EU member-state with the worst ranking. In addition to the ML Index, the development of media literacy, media ecosystem, educational system, digital skill, and social capital in Bulgaria can be tracked in pan-European monitoring reports as: Digital Economy and Society Index (EC), Media Pluralism Monitor, PISA, Press Freedom Index by Reporters without Borders, among others. It is easy to see that Bulgaria starts from a very unfavourable position and has a steep and obstacle-filled road ahead. And that media literacy by itself could not be a “silver bullet” to societal and political issues in any country if the efforts for its development are not supported by adequate and timely policy-making and implementation in sustainable and highly-prioritized manner. The introduction of the AVMSD into national law through amendments to the Radio and Television Act should lead to a more active, consistent and measurable participation of the state in the development and implementation of such a policy. In the last year, however, Bulgaria is going through a severe political and health crisis which shifts the focus to other pressing issues.

In 2018, through volunteer efforts, MLC started the initiative “Media Literacy Days” and held its first national conference. From then on Media Literacy Coalition organises two major campaigns each year – “Media Literacy Days” in the first half of the year, traditionally launched on the Safer Internet Day, and a national conference in the late fall. Through them, the association promotes the importance of media literacy, increases awareness of the projects and best practices in the field throughout society, and enables various stakeholders to recognize the topic and get involved in the initiatives of the Coalition.

In 2020, the Ministry of Education and the Ministry of Culture became official partners of both campaigns. Also in 2020, the national conference was conceptualized and held for the first time as part of the Global Media and Information Literacy Week and scaled-up to a multi-stakeholder forum with the involvement of business entrepreneurs and industrial organisations. As part of the “Media Literacy Days 2021”, the Coalition organized more training than in any other year, reaching a new group – that of the elderly (over 55+) years.

In 2021, the national conference was organised jointly by the Media Literacy Coalition and the Friedrich Naumann Foundation for Freedom. The focus of the forum was the lifelong development of media literacy as a counteraction to disinformation campaigns. In the 2021 edition, Media Literacy Ireland’s national coordinator and Mercury Insights founder Mrs Martina Chapman, The US Ambassador in Sofia Herro Mustafa and Dr. Muita’s successor in the position of official representative of UNICEF in Bulgaria – Mrs Christina de Bruin – participated as keynote speakers. On the Safer internet day 2022, February 8, the fifth Media Literacy Days campaign was launched.

For more information on the Media Literacy Coalition, Bulgaria.

[1] MLC is not mentioned in the Mapping of media literacy practices and actions in the European Union study, produced by the European Audiovisual Observatory for the Council of Europe and published in 2018, because the national reports for it were written before the start of the Coalition. Due to this circumstance, Bulgaria is one of the countries presented in the joint report that did not have an active network organisation at that time – a gap the Media Literacy Coalition filled in the year of the publication of the study. 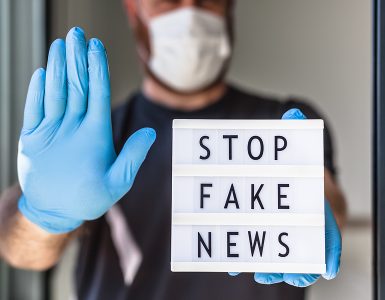 A new report published on 3 May by the EDMO hub for Belgium and The Netherlands, provides an analysis of 225 Dutch-speaking far-right and conspiracists Telegram public channels, some of them based in Belgium. This...

An SLR Film Camera in your iPhone

Immersive learning not without its challenges according to EdTech

Find out more about education in Finland