Participation as a tool to fight wrong perceptions based on disinformation

The challenge in dealing with this issue with young people is two fold:

Thus, an educational community should address this double challenge and take young people into a bottom-up process of defining and re-defining their point of view, in order to co-produce knowledge together with them. Such a process can be surprisingly stimulating, in finding new ways to address the issue of fake news. In this short article, I will deal with a specific topic, which usually influences young people’s opinions: the discrimination of marginalised communities, which is often driven by disinformation and misinformation.

This particular issue is relevant for two reasons:

Disinformation and misinformation work better when we know little, or nothing, about the subject of the fake news. Studying and spreading independent data by analysts and researchers can help identifying the elements upon which to deconstruct stereotypes. However, this is not sufficient. Incorrect perceptions can survive unbiased analysis.

A powerful way to defeat prejudices is to make it possible for marginalized people to tell their stories. However, if they have no power to produce and disseminate their point of view, how can we assume that their practices and thoughts can be actually known?

In fact, tackling fake news is a matter of knowledge and power. So, as an educational community, how can we exercise power and foster strategies according to which the marginalized can express their thoughts? The participatory technique can provide a powerful answer. The meaning of the word education has its roots in the Latin verb “ex ducere”, which means “to take out”. However, according to the cooperative learning approach, those who educate have to educate themselves by educating others. So, participation means we have to step back from our position of power and let the voices of marginalized people take their space inside our narratives.

Working together with young people on the issue means working in two directions: first of all, we need to let the young take in their hand the production of knowledge; secondly, we must make them talk with the people which are very much affected by fake news, in order to include them in our narratives. This process involves the young and the marginalised people in the direct production of content and in the definition of the point of view.

In this way, the authorship of narration can be shared and the distance between us and the victims of fake news can be reduced. Indeed, the participation in the production of knowledge creates the space and time of power to counter disinformation and misinformation. 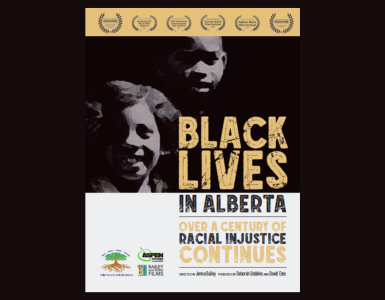 The film Black Lives in Alberta: Over a Century of Racial Injustice Continues, and its accompanying teaching toolkit, were created as a teaching resource to be made freely available online for classrooms with... 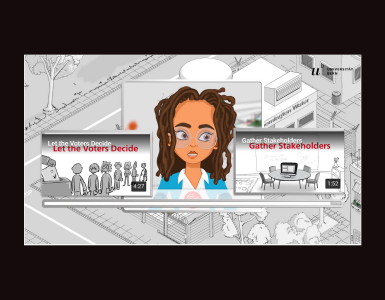 Have you ever been annoyed by book protagonists making less than smart decisions? I have. I remember when I read the Jurassic Park book, back in the days. They built a zoo for resurrected dinosaurs in an area where...